What is engraving? It is hard to define. Charming and bizarre world, it is not easy to get in. The plate is hostile, it does not have the soft welcoming of the piece of paper, the tips seem like ungrateful tools tracing invisible signs. It almost blinds you. You do not see, you are not allowed to. You have to be capable of waiting. Here then you start entering the world of engraving where Time dictates the rules of the game. It is the passing of time and the invisible power of the acid which decide the intensity of a black. The image is carved out, sometimes too much sometimes not enough, and so you dip in the acid, wait, count, try again. Ink the plate, the black starts showing something. Repeated gestures, always the same… and so begins the dance of printing, a kind of ritual where the magic happens: you lift the felt, lift the sheet, and the image finally appears. It is often different than what you expected, sometimes it is better. Spots, mishaps suggest unexpected images, they reveal some new incredible suggestions, which who knows where they will lead to. The world of engraving is a mysterious one in which severe rules about time, gestures, and chemical reactions; but it is only by learning to play and by transgressing these rules that the door to infinite creative possibilities is opened. I have just spied on through the keyhole. Engraving is stasis. It is patience. It is knowledge of hands. Ancient and silent job, somebody says anachronistic. Instead, I think it is a precious and necessary job. In times like ours, in which there is no time to have time, in which the dematerializations reign it is necessary to reappropriate Time, educate ourselves to waiting, and to know how to work with our hands.
And why not, trying to engrave a bison, the most ancient and human gesture of the world. 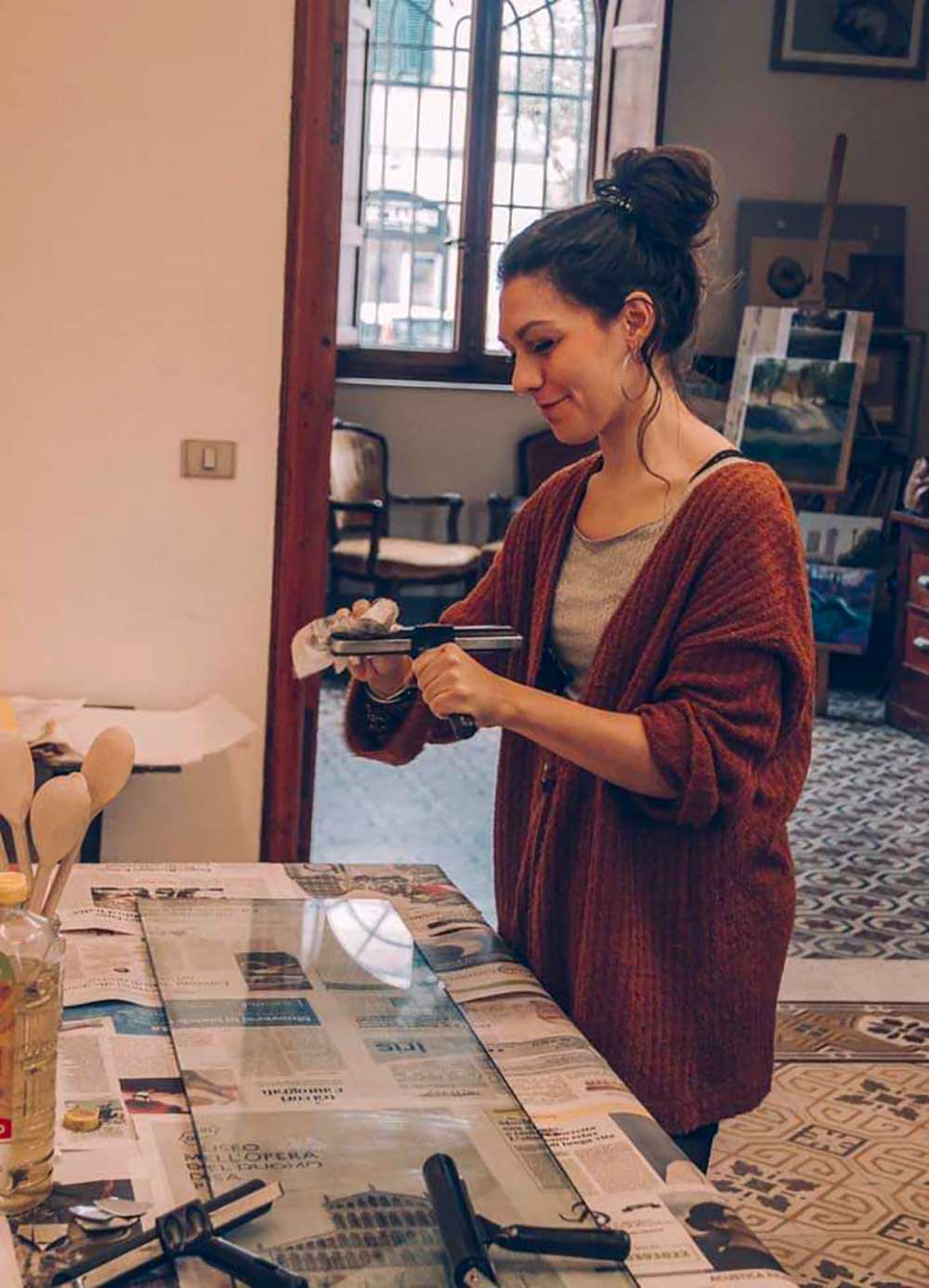 Thank you to my instructors Manuel and Vincenzo for teaching me all this.