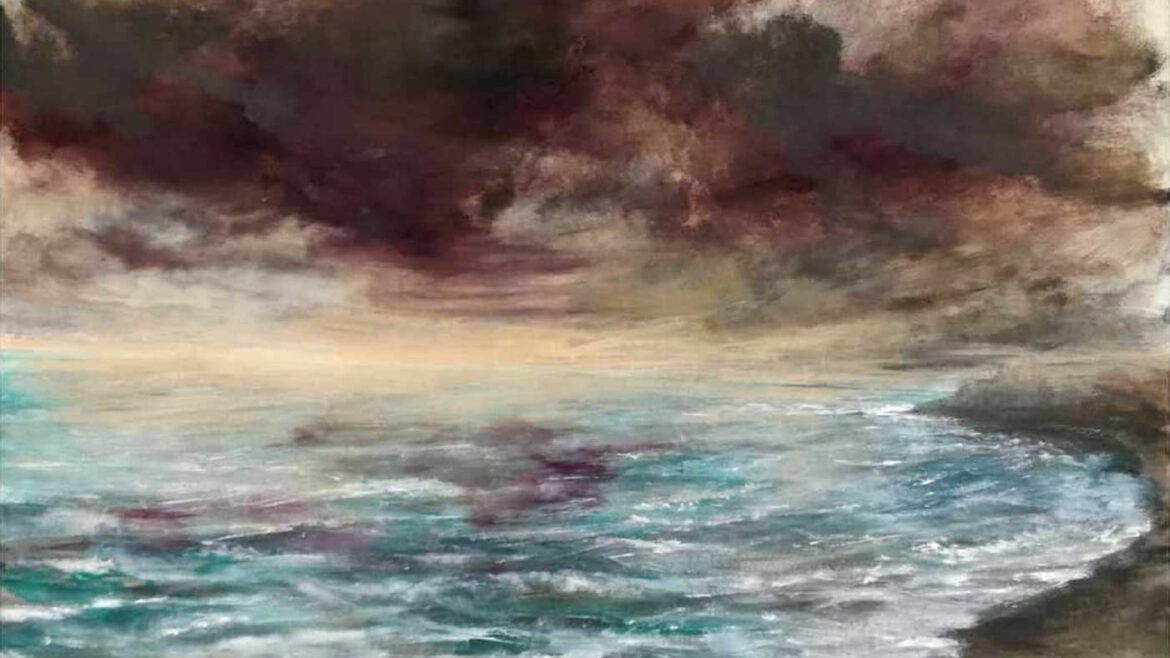 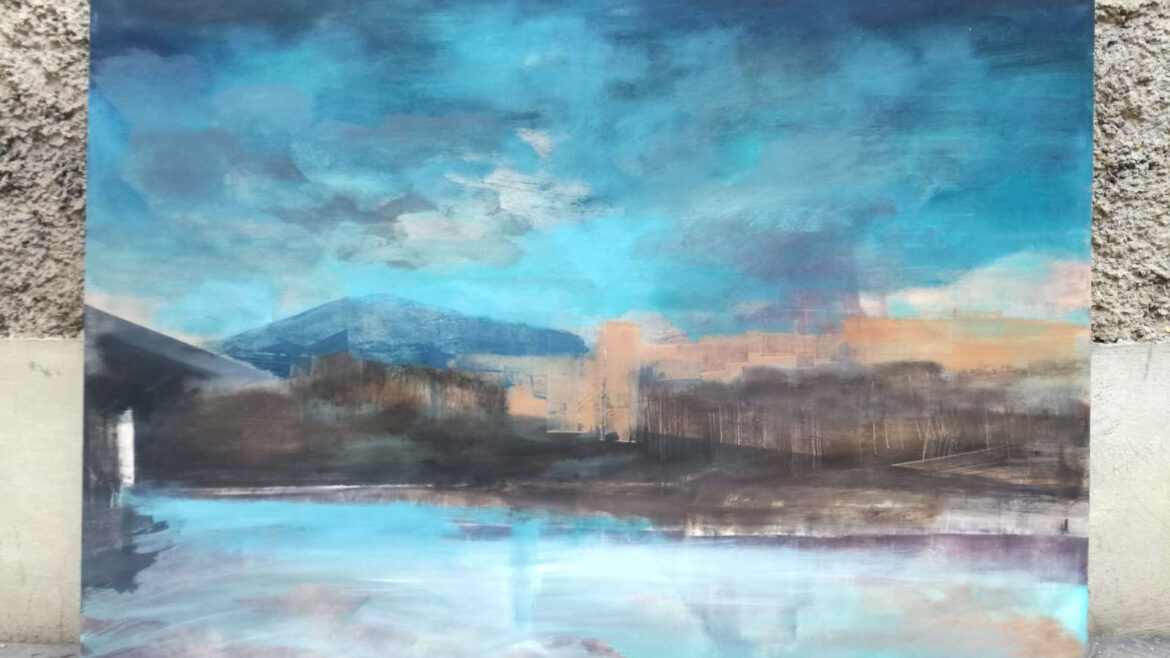 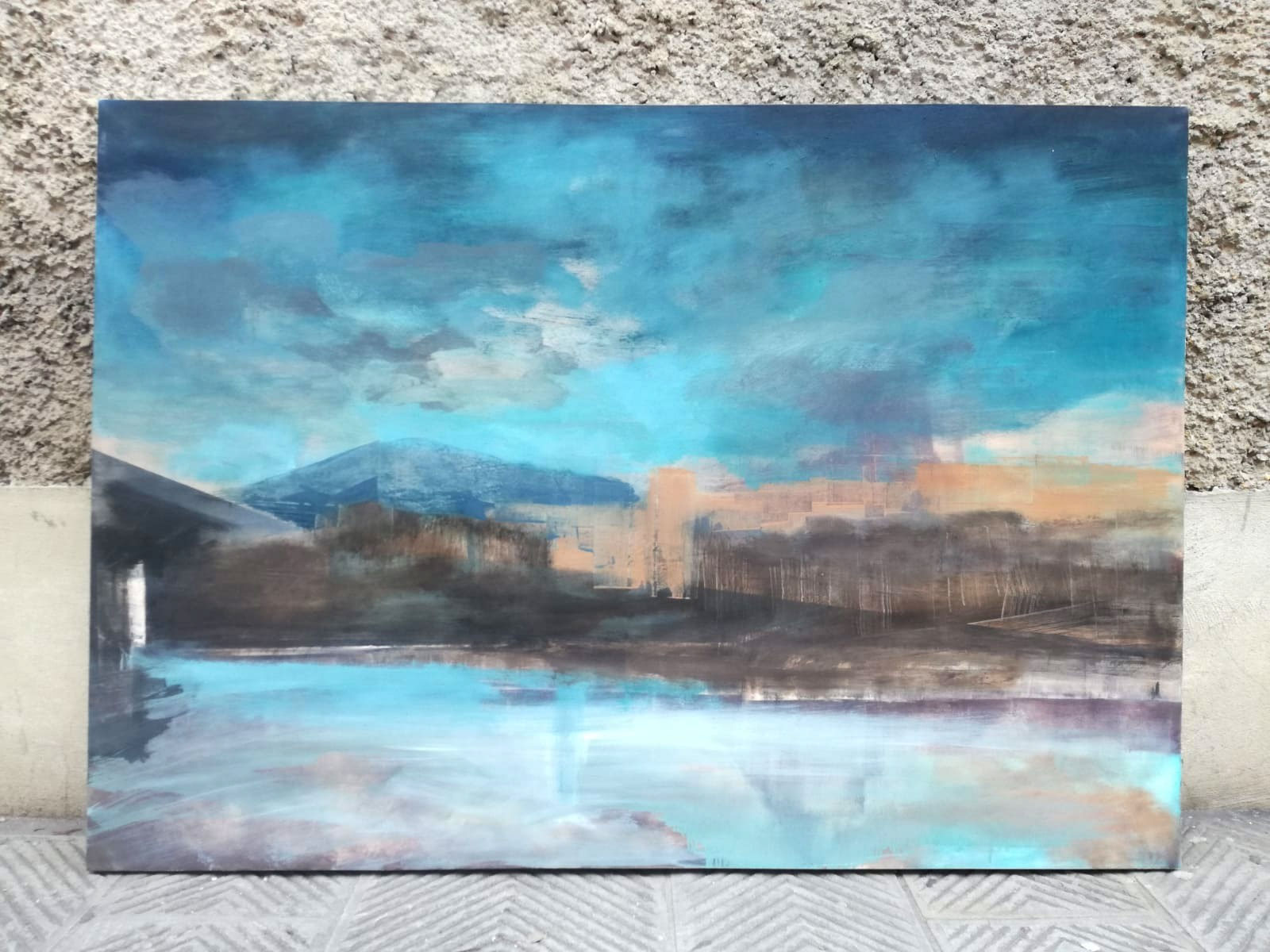 Narrating water and its flows is not a small task, especially for those who, as in the case of Debora Piccinini, prefer artistic representation to speech as the main means of expression. And yet she has succeeded in the task.
Her work does not coincide with the mere portrait of what happens in a landscape representation, nor does it limit itself to its paper reproduction. Debora’s artistic production takes on the connotations of a narrative of the aquatic environment where, without the mediation of the word and the concept, the stories of the games of light of the plants that are reflected on the waterways, of trees and stones are told, of the free passage of the clouds to the wind that play to compose images and color the sky.
The artistic intuition lies precisely in this: Debora tells, with a discreet presence and never invasive, what happens at a precise moment to that stone or that trickle of water risen by a light breeze. The space portrayed is of little importance; it is possible to be in front of a distinctly maritime landscape or on the banks of a river. What matters is the fact that Water is always the undisputed protagonist of the narrative. The human presence fades together with its flow, with delicacy and, we might add, sacred respect. And this condition fully represents the extreme perceptive sensitivity of the artist who, always with discretion, constitutes the fulcrum of this narrative.
Debora Piccinini therefore does not just represent aquatic environments; she also prefers to take a much more complex and stimulating path that consists in telling events perceived by artistic inspiration (and as such unrepeatable) in the landscape in the here and the now. It could be said that, in a certain sense, the work of Debora Piccinini is able to block time in its chronometric perspective by bringing out that cairological so dear to the thought of the ancient Greeks. The effort lies right there, in telling the flow of water, the foams released by encountering natural obstacles and forced paths. And between this centrality all the entities that make up a certain landscape dance around.
The gaze on the events to be told (which does not happen only through visual participation) is authentically the artistic traceable not only regarding the indisputable technical skills but above all to the sensitive quality of the perceived landscape that is considered. And these qualities undoubtedly belong to the author’s own sensitive provisions.
Each drawing tells something new and that consists in the experience lived in the first person by the artist who, through lines, colors and shades shares with the observer his intimate experience with what she sees, feels, and touches. In this sense she can create unique moments of a story that unfolds on paper and that always remains alive and authentic because it speaks of someone like us who still has the desire not to run, preferring to stop to welcome what images, sounds and suggestions are able to provide us. And since every aesthetic does not exclude at all a distinctly ethical connotation, we could say that, fortunately, there are still those who prefer to remain listening to the world rather than struggling to dominate it and submit it to all kinds of selfishness.
Andrea Facciolongo